Well, after a big gap, here is part three of my investigation of Steven Moffat’s story arcs.  Part two dealt with the first story of Series Six, and originally this part was to deal with the rest of that series, until I realised how overwhelmingly convoluted and inconsistent it was.  So now this bit will take us up to the penultimate story, and part three will be all about The Wedding of River Song.

(Late edit – Grant commented that I was applying a level of scrutiny that most stories wouldn’t hold up to – and he’s right.  So in order to be sightly fairer, I have coloured the bits that don’t really relate directly to the story or character arcs but are in fact individual episodic or story flaws.  So if you’re just interested in the arc bits, ignore the rest.)

Rory looks on in horror as the Doctor cold-bloodedly kills an innocent being for no very good reason.

So, after events in Impossible Astronaut/Day of the Moon we get various cameos with Madam Kovarian, and then we get The Rebel Flesh/The Almost People. It’s a story about how Gangers are really, really honestly living sentient beings after all, and killing them is wrong, wrong, so terribly wrong.

That ends with the Doctor choosing to kill the Ganger of Amy.

He say he needed enough information to block the signal to the Flesh.  The Doctor has already waited through a few stories previously, so it’s a bit off that once he has confirmed the Ganger origins and that Amy is a Ganger, he pretty much immediately chooses to kill her, rather than keep her alive and try to track the signal animating her.

But it was a nice, cool, shock ending.  One that helped make the Doctor look, at best, like a massive, unfeeling hypocrite.  At worst he’s a murderer.  Would the Doctor have dispatched an actual living being like that?  Oh wait, he spent the last two episodes arguing that the Gangers were real, living, feeling beings, so the answer must be yes.

I think it would have been more shocking if they way came up with to deal with Ganger Jennifer, that also took out the Gangers of the Doctor, Cleaves, and Amy.  There’s a lot of drama to be had from that, especially if it turns out the Doctor didn’t know for sure, so he’s almost as stunned and shocked as Rory.  And it avoids turning the Doctor into a cold-blooded killer.

But that’s not as cool or surprising, and one should always jettison good character stuff for cool.

So then we come to…   END_OF_DOCUMENT_TOKEN_TO_BE_REPLACED

Warning – Some spoilers for Pyramids of Mars, Father’s Day, and Waters of Mars. Major spoilers for important bits of series five, six, and seven.

Okay, welcome to part two of my investigation of Steven Moffat’s story arcs and writing, and how it holds together.

This article will only be about the first story of series six because there’s a lot to say. But the series certainly started strong… 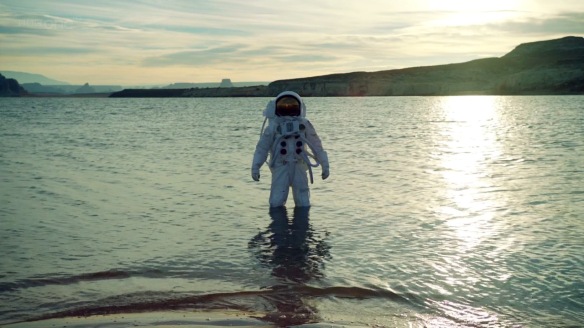 Boy, I hope we don’t completely screw up this iconic scene later in the season…

Impossible Astronaut While at Lake Silencio, Amy spots a figure on a hill. It’s a Silent. But even though it’s incredibly likely that she’s seen the footage of the moon landing at some point in her life, she doesn’t immediately try to kill it on sight. END_OF_DOCUMENT_TOKEN_TO_BE_REPLACED

Warning – Some spoilers for Pyramids of Mars, Image of the Fendahl, Mawdryn Undead and Father’s Day. Major spoilers for City of Death, all of series five, and bits of series six and seven.

Steven Moffat’s first season, series 5, blew me away. I still think it’s his strongest by far and it seemed a very canny and clever beginning to his run. It was enough like Russell Davies’ era Doctor Who not to alienate the fans who had come on board in the last few years, while at the same time gradually shifting the mythos.

The theory I quickly developed, as I watched that season for the first time, was that Moffat was going to slowly remove the seeming godhood that had been bestowed on the Doctor. To take him back to being a simple wanderer who wasn’t known to absolutely everybody. I suspect he’s still heading in that direction, but it’s become more distorted with time, and Moffat’s admitted fear of the audience becoming bored, so he seems to keep straying back and forth.  I may well be wrong.  I hope I’m not.

After becoming disenchanted during series six, to the point where for the first time in my entire life I didn’t care about the show by the end of the season, I went back to look through series five again to get the taste out of my mouth.

While I knew it was not a perfect run, it was solid, held together, and made sense.

Since coming back in 2005, Doctor Who has become a show based firmly on the Buffy model. An over arcing story for the season, with episodes that build the arc peppered throughout the run, usually building up to a major conflict and/or big bad.

The original series had done arc story-lines before, but generally handled them differently. The very first Hartnell season when viewed as a whole is about the first Doctor learning to be a hero from his human companions. Other seasons had ongoing stories or themes. Season sixteen was all about the Key to Time. Season eighteen had the constant theme of decay and stagnation, and also incorporated two trilogies of stories before it put the universe itself in direct peril for only the third time in the show’s history.

For instance, the arc for season 8 was about how the Master loves being a complete dick to the Doctor.
I didn’t say it was a complex or clever arc.

Since coming back, the enforced arcs building to big end of season showdowns have given us the potential end of the universe five times in seven years. Where the original series was contented to simply try to end the series with a solid story, admittedly not always successfully, the new series by its nature has to try to give us a massive, ‘important’ story to finish the season with.

One of the problems with this is the perceived need to build-up to that finale. Russell Davies’ way of handling this was to have a word or phrase pop up throughout the season, keeping the audience guessing until the end where we would then find out what it referred to.

It wasn’t always successful, and as story or arc building goes, it really is a bit light on. It makes a show of knowing where it’s headed, while really not doing much in the way of work toward actually layering hints or clues. Indeed, the very first year Bad Wolf wasn’t originally intended to be anything special. Before the series aired, the fans went nuts over leaked pictures trying to figure out what the graffiti on the TARDIS meant, figuring it had a deeper meaning. Davies decided to start layering it in to bait them, without any real idea where it was headed. The truth is, Bad Wolf originally had no more importance to the show than than being a one-off piece of random graffiti on the TARDIS.

I am Bad Wolf. I reached this conclusion in a completely illogical way, but I’m allowed to do that because I’m Bad Wolf. So Blah!

The problem with constructing an arc is, you have to be on your game. If you’re really going to build up an over-arcing mystery to a satisfying conclusion, one that will hold up to basic scrutiny, you need to think about where you’re headed and plan carefully for that future destination.

Instead of being a show about the adventures and the people the Doctor and his friends meet, it has become a series about the Doctor and his companions. Hence the continual need to have companions who idolise, fancy, or romantically love the Doctor, and the end of season stories often involving things that directly affect members of the TARDIS crew on a personal level, usually leading to unlikely destinies for those characters.

The destinies of the companions these days make some of the surprise sudden departures due to unforeseen romances and the like from the old series look brilliantly restrained.

K9 and Leela elope together leaving the Doctor alone once more.

Doctor Who as a series now isn’t about the stories, it’s about the season’s clues. Fans obsess over any little detail that might have something to do with that season’s arc. All too often stories are treated by fans a means to get the hints to the finale, rather than having a point in and of themselves. The fact that the story may be an excellent stand-alone is considered less important than the arc. Indeed, some stories are badly hurt by having aspects of the arc poorly grafted in.

Once Steven Moffat took over, he made a show of having a better idea of how to layer in hints and clues that would pay off. Certainly his first season had some very clever story-telling scattered and hinted at throughout. But for every bit that pays off and works, there are several other bits that don’t hold together.

Now, in fairness, virtually no series can hold up to close inspection. There will always be bits where things are a bit hand-wavey, or simply don’t add up or hold together. However, in turning Doctor Who into a show where the clues scattered throughout are meant to be of crucial importance, in actively inviting the audience to pay close attention and to treat all manner of things and moments as potentially being vital story elements, it also invites us to be more critical of when these things don’t add up.

Moffat’s storylines are full of glaring inconsistencies. While it’s painted as an incredible layered puzzle, in fact it’s even less well constructed than Davies’ run.

I’m usually the guy who is surprised by all the plot holes and such I haven’t spotted that my friends have. Minutes after watching something, when others are saying, “But what about the such-and-such?” I’m sitting there amazed that I missed the errors that seemed so obvious to others. In fact, it’s become one of my judging criteria – if I don’t spot an issue until after the film or episode is over, I figure they’ve done a good job. But if I spot it while watching it for the first time, if it’s something so glaring that it spoils my suspension of disbelief, then they must have been pretty bloody slack for someone as clueless as me to spot the issue.

I’ve spotted a lot of issues with Moffat’s seasons on a first viewing.

And in going through them to research for this little run of posts, I’ve found even more inconsistencies. So over the next few articles I’m going to run through the season arcs in detail, since the new series wants us paying such close attention.

I’ve suffered for my obsession, and now it’s your turn.

Here are a few of questions that have yet to be answered.

Except for the leaf, I can actually see a couple of ways to tie these questions together and give some satisfactory answers. And I really hope Moffat does just that. I’d love to have all those elements that have annoyed me be explained or retconned in a way that works.

It’d be nice to have faith in the writing again.