Talking with my lovely wife about some of the issues with New Who and the unlikely destinies of its companions, and Martha got brought up, along with the fact that she married Mickey.

Now it’s been well documented by many folks that it was an annoying thing to happen, partially because she already had the lovely Tom Milligan as her fiancé, but mostly because the only two black members of the cast got married off to one another.

However, talking about it just now Sharon mentioned an angle I hadn’t thought of and I haven’t seen mentioned before – Martha couldn’t get to be with the Doctor because, in her mind, he was still in love with Rose.

So then Martha went off and eventually got married to Rose’s cast-off. 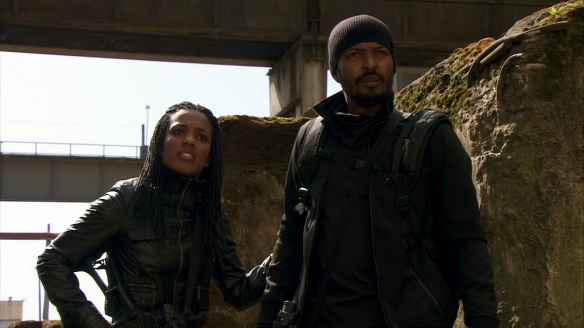 There is no way the internet can contain the level of ick I am currently feeling.